How to install a speed control potentiometer in T-Rex™ and T-Rex™ Jr. Rotary Extractors.

1. Remove the back cover and the blue front cover from the handle. 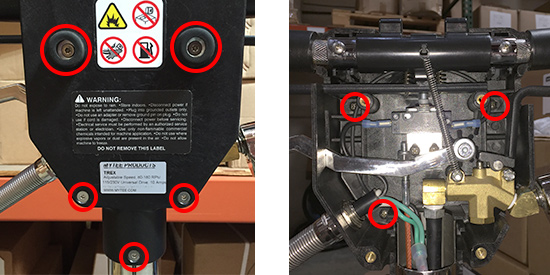 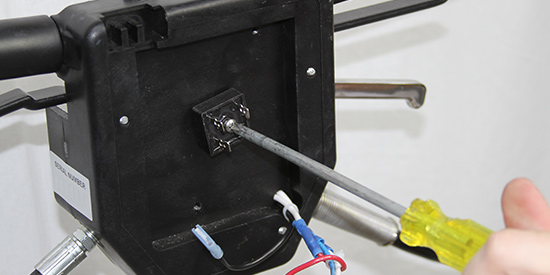 3. Install the new Speed Control Board into place. 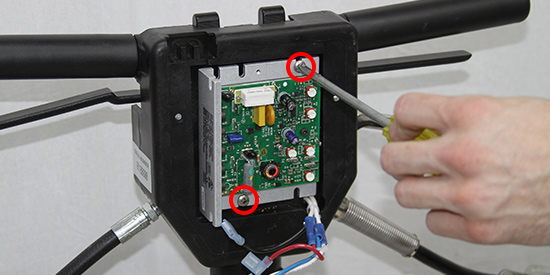 Place the Speed Control Board into position as shown in the picture. Use the two included Phillips screws to mount the board in place as shown.

4. Plug the wires into the Speed Control Board. 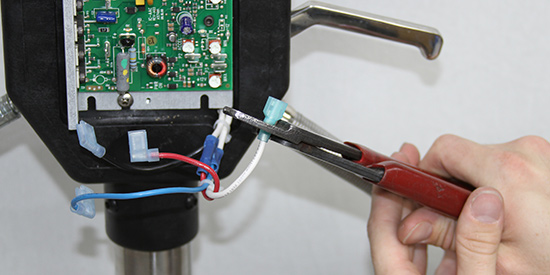 Cut the connector off of the white wire. Strip the wire coating back about 1/2". Crimp on the included spade connector. Plug in the black, white, red, and blue wires as shown in the image below. 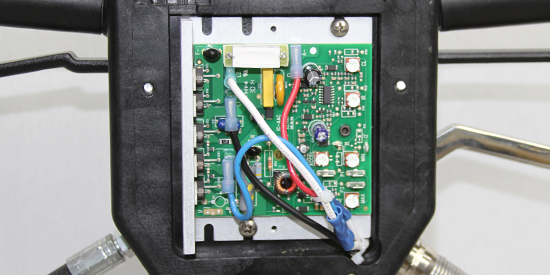 5. Install the potentiometer into the faceplate. 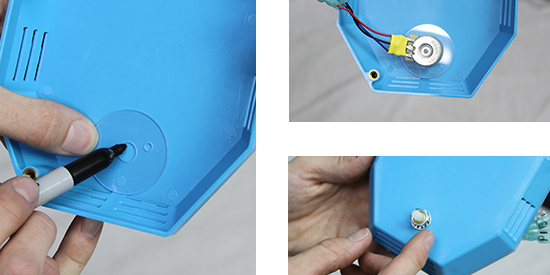 6. Plug in the wires from the potentiometer. 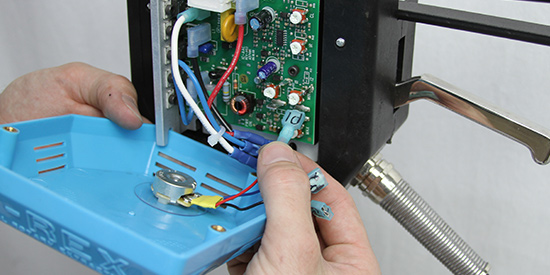 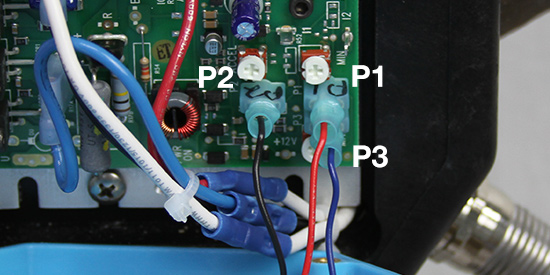 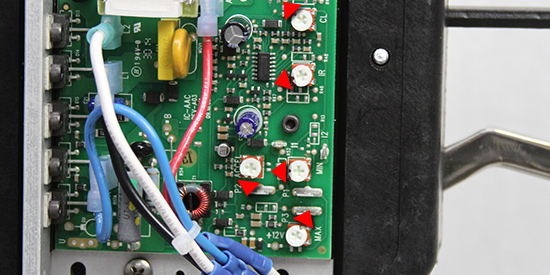 Double-check the knob settings. Correct positions are shown in the image above. Once correct, plug the machine in and make sure the speed adjusts when you turn the potentiometer knob and the motor is spinning clockwise.

8. Re-install the blue front cover and the rear cover.

Did you find it helpful? Yes No

Send feedback
Sorry we couldn't be helpful. Help us improve this article with your feedback.